HILARIOUS AUSSIE NIGHTS is a fast moving look at what many Australians get up to when the sun goes down and the lights go on.

* Hot Shots: Girls night out at a male strip club.
* The Great Scavenger Hunt: A classic race with class, as competing teams hunt down people and articles assigned to them. Teams challenging include the pinkos, the pirates, the cowboys and the Great Gatsbys, travelling in vintage buses and stretch limos. Among the impossible and unlikely, they have to gain photos of their team with a Harbour Bridge toll collector, and bring back a television newsreader.
* Search For A Super Model: A modelling contest that's no threat to Elle, as we follow the intrigues of a beauty contest for the boys in drag.
* Food Fight: Chef Perry has some surprise lessons in store for the girls as they dine at a Teppanyaki restaurant.
* Crabs, Beer & Bananas: Contests to find the fastest crab, and the quickest patron to consume a scooner of beer and a bunch of bananas.
* King Of The Karaoke: The worst crooners.
* Foam Party: Check for survivors as the disco fills with foam.
* Paintballing: The bridal party from hell. Fierce but fun night-time combat as a couple to be wed in the morning man the trenches with their friends.
* Police Stripper: This is not a case of "Hullo hullo what's going on here". It's a matter of what's about to come off, as we follow "Constable" Vicki Chambray. 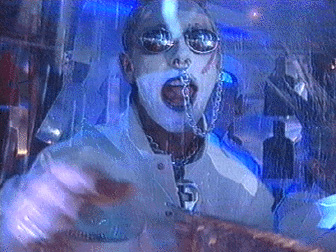