The personal trials and tribulations of a group of ordinary people as they travel part way up Mount Everest.

Group led by Tashi Tensing, grandson of the sherpa who accompanied Sir Edmund Hillary on the first successful climb of the world's highest mountain.

Includes bones claimed to be from the yeti and the Mani Rhindu festival at the Tenboche monastery.

Our group treks for a month through the steep valleys leading to Everest, encountering people living in one of the most remote regions of the world. 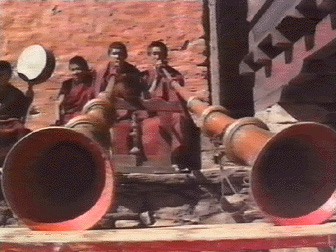